Steven Gough, better known as 'The Naked Rambler', was today jailed for almost two more years for once again being naked in public here in Scotland. You can read the BBC article here: http://www.bbc.co.uk/news/uk-scotland-tayside-central-14649394

Here is some background on Steven Gough. He set off from Lands End in 2005 in an attempt to walk from there, across the country, until he would finally reach John O'Groats. It took him two short months to get to Scotland, still in 2005, and that is when his attempt stalled. Scottish law is very strict on public nudity and he has been arrested, re-arrested and sentenced to months on end in prison. Each time he has been released, each time he has stripped off to continue his journey and each time our finest boys in blue have re-arrested him and charged him. Today's sentence is only the latest in the past six years which has seen Mr. Gough in Scottish prison for the majority of the past decade.

I have a few problems with this, but most importantly, how is it in the public interest to keep Steven Gough in prison? Looking at a wrinkly naked body may not be the nicest thing to do in the world, but does that justify him spending seven years in prison? I generally dislike comparing prison sentences, but any Daily Mail reader will tell you that murders and rapists are getting lighter sentences. The crime that Mr. Gough is perpetually guilty of is 'breach of the peace' and 'contempt of court'. To be honest, putting someone in jail for so long for such minuscule crimes seems ridiculous.

There have been remarkably few complaints about Mr. Gough's nudity and far more messages sent to the Scottish authorities in support of him. I do not understand why this man should have to spend so much time locked up for being in the most natural state of dress there is. It is not as if he is breaking any sexual law or frightening or hurting anyone. He is a man who is sticking to his principles, and good on him. If someone wants to walk from Lands End to John O'Groats then good on them! This highlights how petty aspects of our legal system can be, and how little common sense the Scottish authorities seem to have.

It is common sense that the English authorities retained, never arresting him and never charging him when he walked the longest distance in his journey. I support Steven Gough, the Naked Rambler, and hope that eventually our authorities realise how pathetic and silly they are being. Nudity is not considered to be a serious problem amongst most of the public, yet it seems to be a huge problem in our legal system. Next time you are naked, whether it is in the shower tomorrow morning, or if you are about to start your own walk from Lands End to John O'Groats, spare a thought for a man who will eventually spend at least seven years in prison for daring to be natural. Free the Naked Rambler! 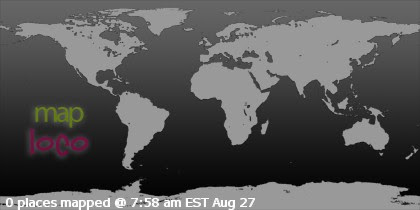 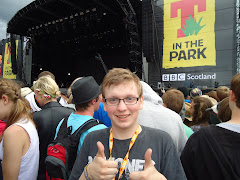